You are here: Home » Book "Drag Queens of the World" » Diversity Rules Magazine

The name of the magazine Diversity Rules talks for itself. The possibility to become a part of this magazine highlights one of the main goals of the project “Drag Queens of the World” – celebrating and making diversity visible!

Here is the full article:

Drag Queens of the World 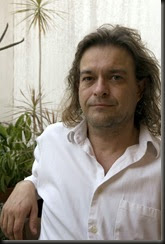 Martijn is the leader and photographer of this project. Martijn is an artist and philosopher in every way. He has published books about how people live and work together. Among his photobooks are projects about streetpeople, adolescents, demented elders and now dragqueens. See more of his work on his blog ‘What do you contribute to the world?’

Drag Queens of the world by Amsterdam art studio The Faketory is a worldwide artistic and anthropological research about the phenomena of Drag Queens. The project is now in its final phase: The publication of a book. By this publication, The Faketory seeks to contribute to the world by making diversity visible – an important task these days when governments around the world are doing the opposite, like Uganda’s anti gay-bill.

“The project started from an interest in the transformation men go through when they dress up as drag queens,” says Martijn Crowe, artistic director of The Faketory. “Becoming a drag queen is more than to become like a woman: They become larger than life.”

The international scope of the project is unique: Crowe and his team went from Phnom Penn to São Paulo, 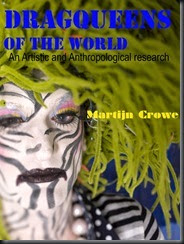 from La Paz to Amsterdam, to meet more than 40 Drag Queens in person.

“We made studio photos of them before and after their transformation, we interviewed them, we went to their clubs,” says Crowe. “We found that all Drag Queens are entertainers that create a world of glitter and glamour, but our project also shows a great diversity in the appearance and the motivations to dress as drag. Bolivian Drag Queens are deeply rooted in the traditional culture, and their shows serve a political purpose, while in Cambodia, Drag Queens dress up and dance as a part of their work as prostitutes.”

The goal of the project is to promote diversity world wide. “Our project is unique because we really portray the Drag Queens and the men behind the makeup. The combination of photos, interviews and background research gives the Drag Queens a voice as persons. We are looking forward to give the world a glimpse behind the wigs and the glitter when we publish our book with the highest quality of design,” Crowe concludes.