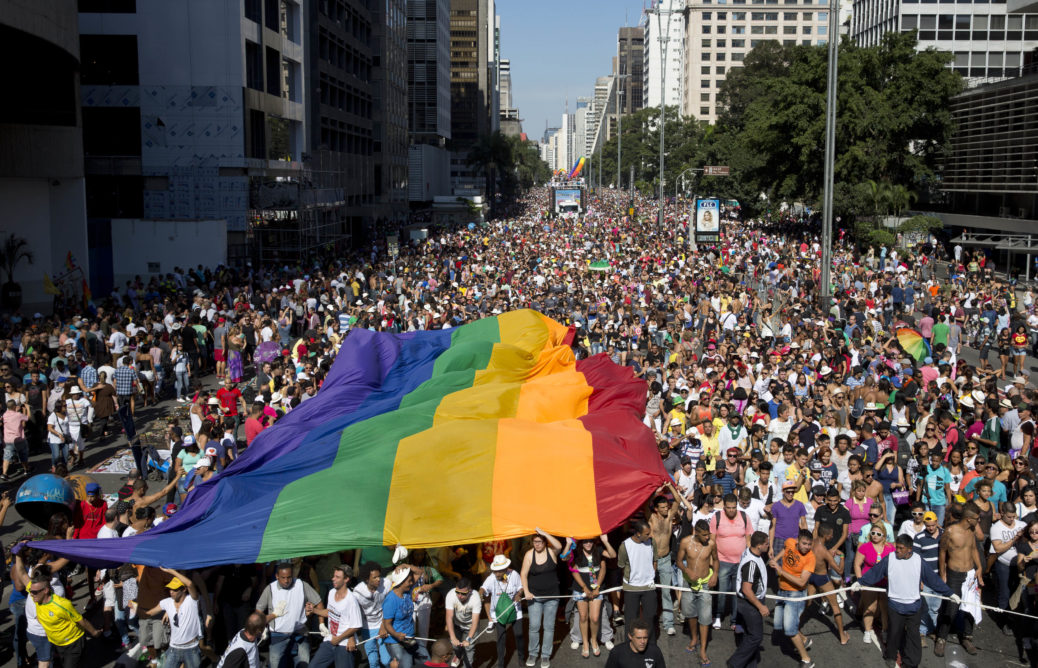 Participants carry a rainbow flag as thousands march during the annual Gay Pride Parade in Sao Paulo, Brazil, Sunday, May 4, 2014. Gay rights advocates are calling for a Brazilian law against discrimination as they gather by the hundreds of thousands in Sao Paulo for one of the world’s largest gay pride parades. (AP Photo/Andre Penner)