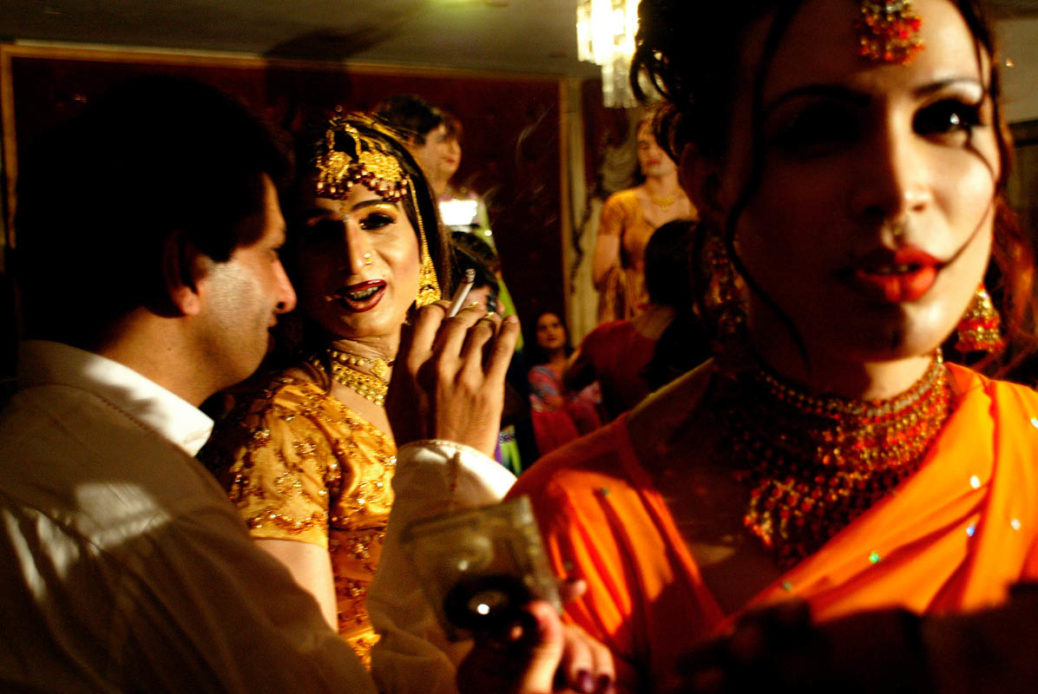 RAWALPINDI, PAKISTAN – JUNE 16: Hijras (eunuchs) talk with men between performances at an underground party, June 16, 2005, Rawalpindi, Pakistan. The suspected hideout of Osama Bin Laden, Al Qaeda leaders and countless Islamic militants, Pakistan is also home to one of the subcontinents largest communities of transsexuals, eunuchs and transvestites, or as they are more commonly known â Hijras. Caught between modernity and fundamentalism at the frontline in the war against terror, the Islamic Republic is a country at war with its own identity, yet its Kushras (Urdu for eunuch) stand out as a tight-nit community of devout Muslims. As Pakistanâs most marginalised community, they live in fear â24 hours a dayâ, according to the group She-male Rights of Pakistan. Hijras are considered by many as unclean, amoral, drug users, and who also have the ability to place curses. Many people fear their curse so gravely, they will give generously when a Kushra comes to beg in their neighbourhood and ask them for Allahâs blessing.